See how Carrot can transform companies.

Request a demo to learn how to achieve better health outcomes and cost savings with a world-class benefit.

Thank you for your submission.

We will email you when your benefit is available. 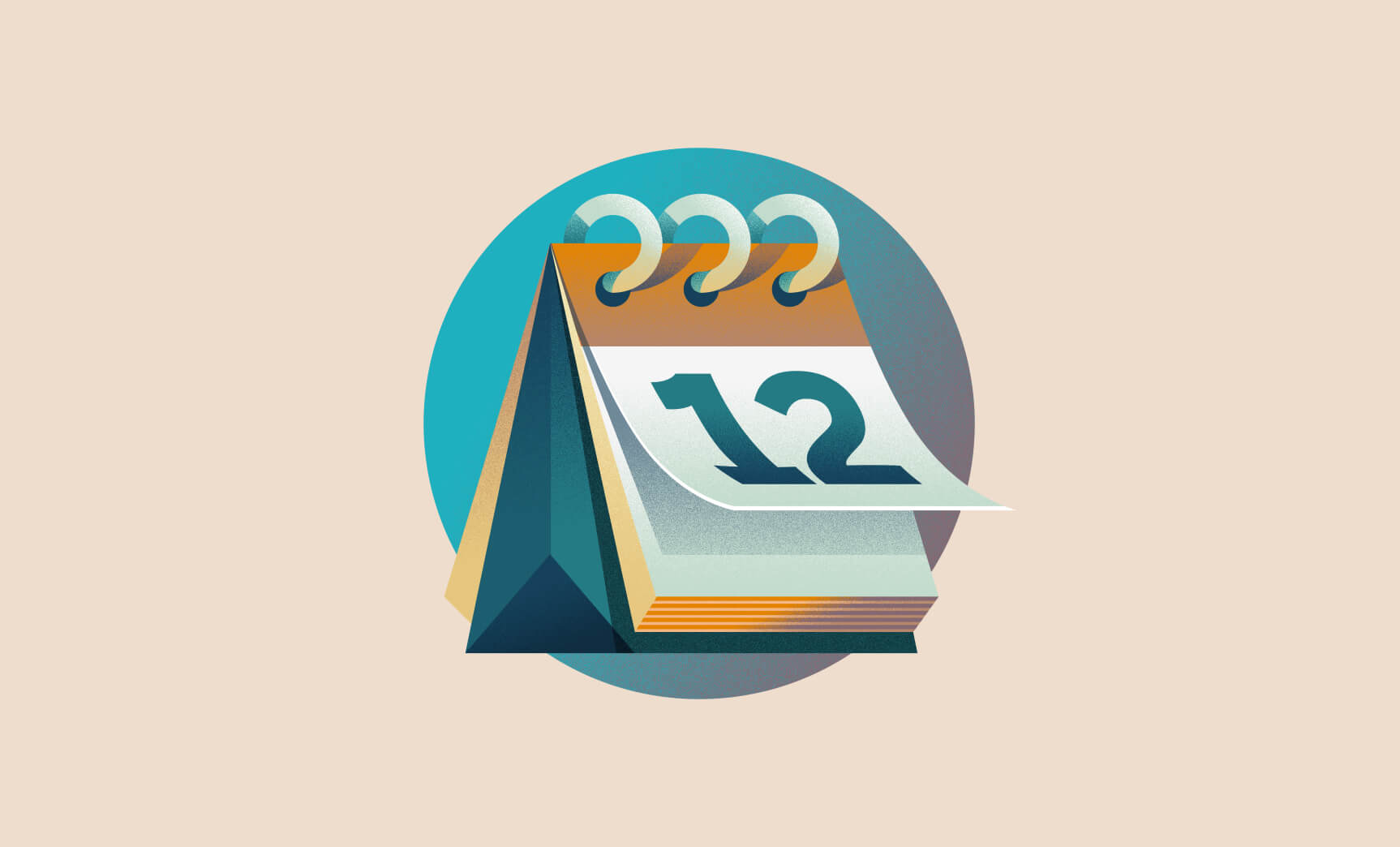 This guest blog post is from Carrot’s partner Ava Women. The Ava bracelet identifies five out of the six most fertile days of the cycle. Carrot members whose plan includes Ava can learn more about accessing Ava in their Carrot account.

Many people are surprised to learn that getting pregnant isn’t always easy. If you’ve been trying for a few months and you’re starting to wonder why it hasn’t happened yet, tracking your fertility can help increase your chances.

There are only a few days per month when it’s possible to get pregnant — if you have sex on a day outside of this fertile window, you will not get pregnant. There are a variety of tools (apps, fertility calendars, ovulation calculators, and ovulation tests) that promise to pinpoint your fertile window — and many myths and misconceptions about the proper way to use them. In this article, we’ll go over the most common misconceptions about fertility tracking and help you understand how to avoid them.

Misconception #1: To get pregnant, you should have sex right when you’re ovulating

Misconception #2: Your period tracking app knows when you ovulate

Cycle tracking methods are only as good as the data you give them. Since period tracker apps only use the dates of your period and no other data from your body, they’re not always accurate.

That may not be a problem for someone who has a perfect 30-day cycle every single month. But for someone with irregular cycles, where you can skip months at a time, or even cycles that are not the same exact number of days every single month, apps that base predictions on a consistent average will not be able to provide accurate predictions. And even for those who usually have perfectly consistent cycles, app predictions still may not be correct. That’s because tracker apps assume a consistent 14 days between ovulation and the next period. But this length of time — called the luteal phase — can vary between 10 to 16 days. If you have an 11-day luteal phase but your tracking app assumes 14 days, your fertility prediction will be off by three days.

Misconception #3: LH tests tell you your most fertile days

At-home ovulation tests are typically urine tests that help you track your fertile days. They are also called ovulation predictor kits, OPKs, or LH tests. These tests detect the presence of luteinizing hormone (LH) in your urine, which is a sign that you might be close to ovulating.

Using these tests can help you time intercourse around your fertile window. When you get a positive ovulation test, it’s a sign that you are likely fertile. But LH tests may not always detect your most fertile days, which includes days that may fall before the ovulation test turns positive.

Ovulation occurs an average of 24 hours after the LH surge first begins, though this time can be shorter or longer for some people. Also, keep in mind that urine LH tests and timing of ovulation are different than checking LH in your blood. LH will be found in your blood hours before it will be seen in the urine. The best days to get pregnant are the two to three days before ovulation — multiple studies have shown that having sex on these days carries even higher chances of pregnancy than having sex only on the day of ovulation.

This means that if you wait for a positive ovulation test to have intercourse, you might be missing out on some of the most fertile days of your cycle. It’s best to think of the LH surge as the beginning of the end of your fertile window.

Think of the LH surge as a sign that your body is preparing for ovulation. Ovulation usually follows the LH surge, but having an LH surge is not an absolute guarantee that ovulation will occur.

There are several reasons why you would have an LH surge but not ovulate:

The fertile window begins five days before ovulation and ends on the day of ovulation. The reason for this has to do with the respective lifespans of sperm and egg. Sperm can survive for up to five days when fertile cervical mucus is present. The egg survives for only about 12 – 24 hours after it is released. A full day after ovulation, the egg is no longer viable.

Of course, there is usually some degree of uncertainty around exactly when you ovulated. This is why having sex the day after you believed you ovulated is a good insurance policy, in case your initial estimation was incorrect.

But if you’re trying to get pregnant, you should prioritize having sex during the two to three days before you expect to ovulate, including the day of ovulation — that’s when your chances of getting pregnant are highest.

While we’ve addressed the most common misconceptions about fertility tracking, we know that there’s so much to learn about your fertility if you’re trying to get pregnant.

To support you in better understanding your fertility, we offer a fertility tracking bracelet powered by Ava that tracks your menstrual cycle, determines your most fertile days, and monitors your pregnancy. If you’ve been using the Ava bracelet for a period of time without getting pregnant, your Care Team will receive a notification and may recommend different steps to take next based on your situation.

From integrated products to track ovulation, unlimited chats with our fertility experts including reproductive endocrinologists and urologists, and a vetted network of providers and clinics, we’re here to support you on your unique path to parenthood.

Have additional questions? Message a member of our Care Team through your Carrot account.

By
Lindsay Meisel, Head of Content at Ava Women
Any general advice posted on our blog, website, or app is for informational purposes only and is not intended to replace or substitute for any medical advice, diagnosis, or treatment. Carrot Fertility makes no representations or warranties and expressly disclaims any and all liability concerning any treatment, action by, or effect on any person following the general information offered or provided within or through the blog, website, or app.
Read more 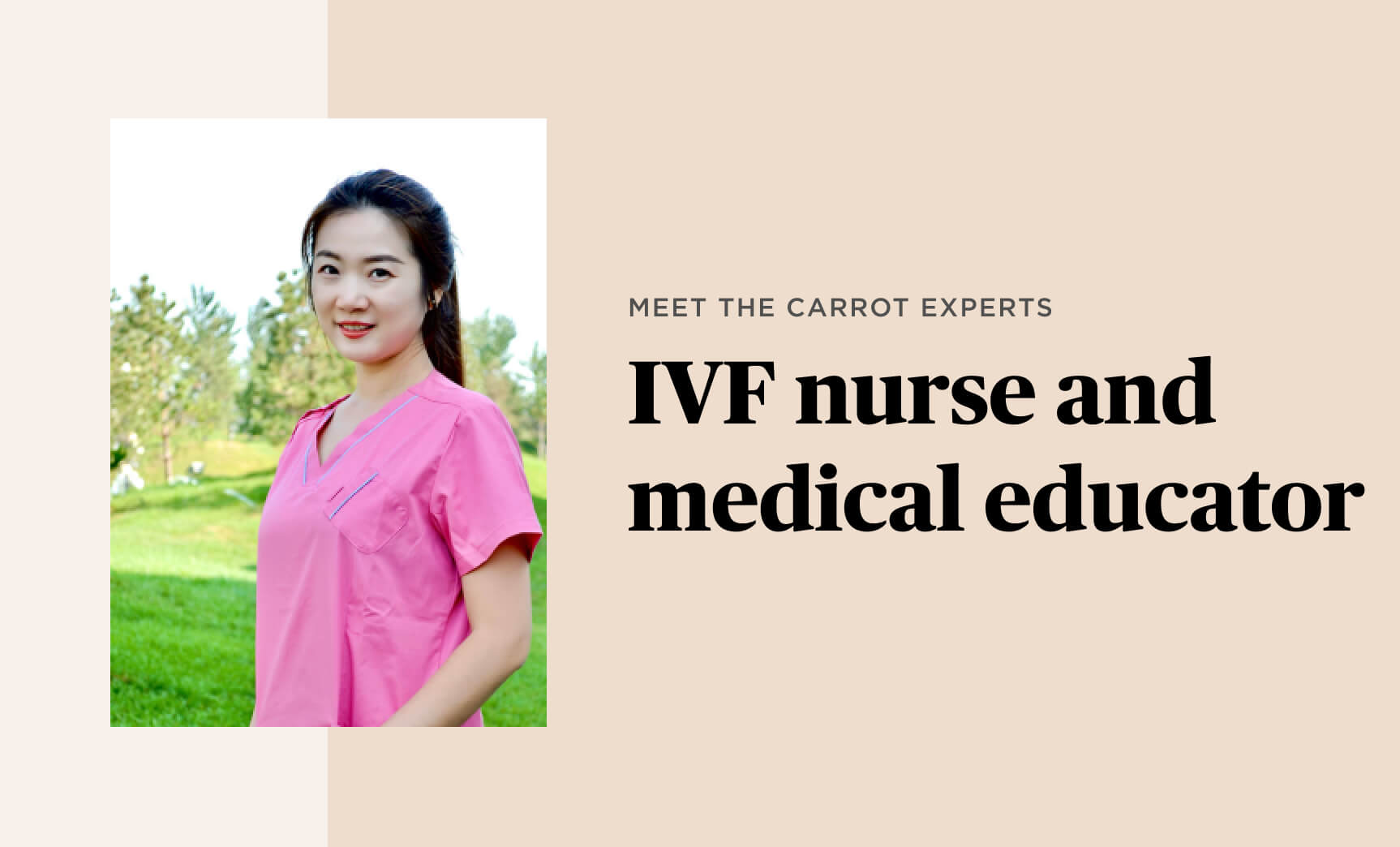 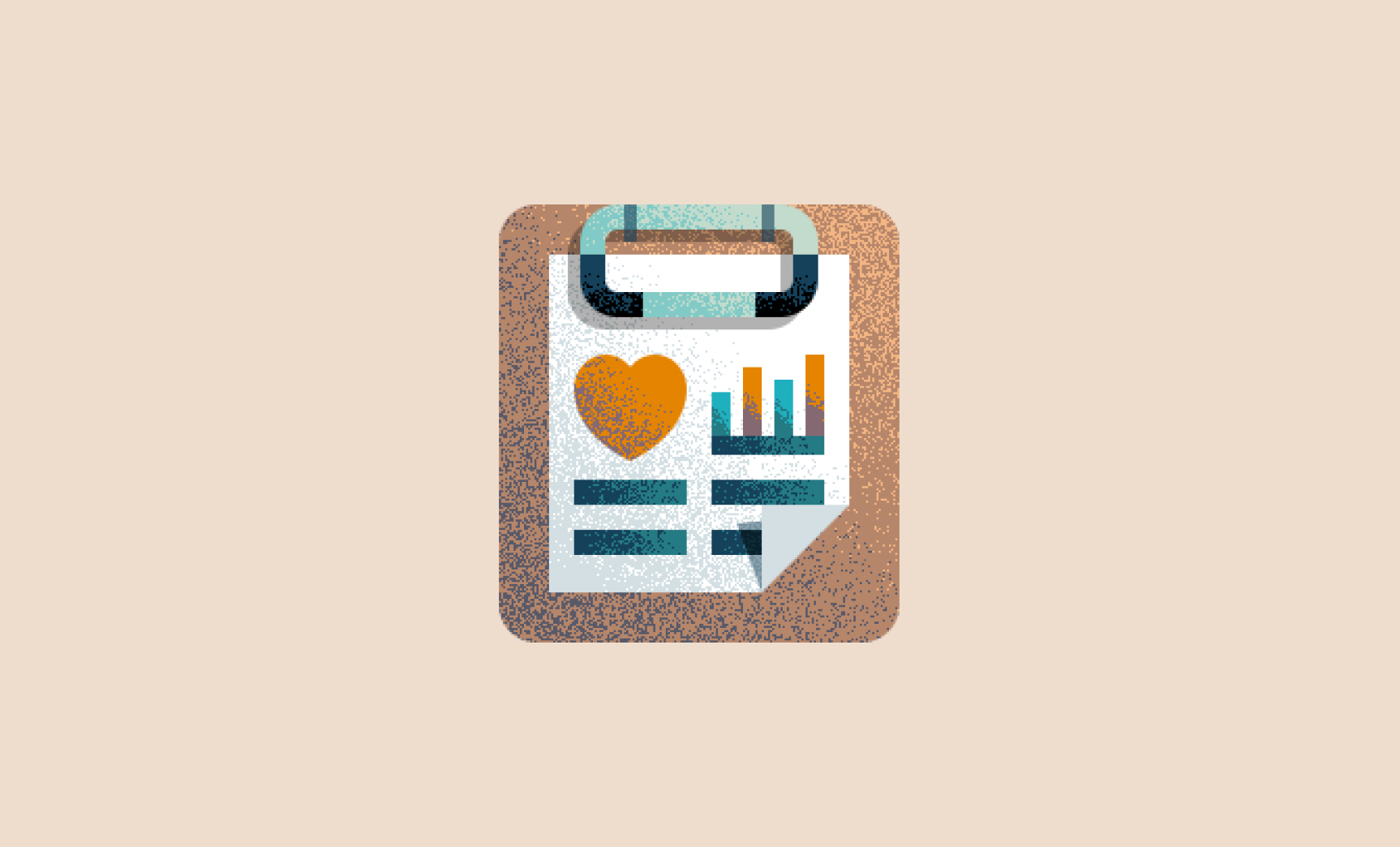 Fertility in the AAPI community: A Q&A with a reproductive endocrinologist 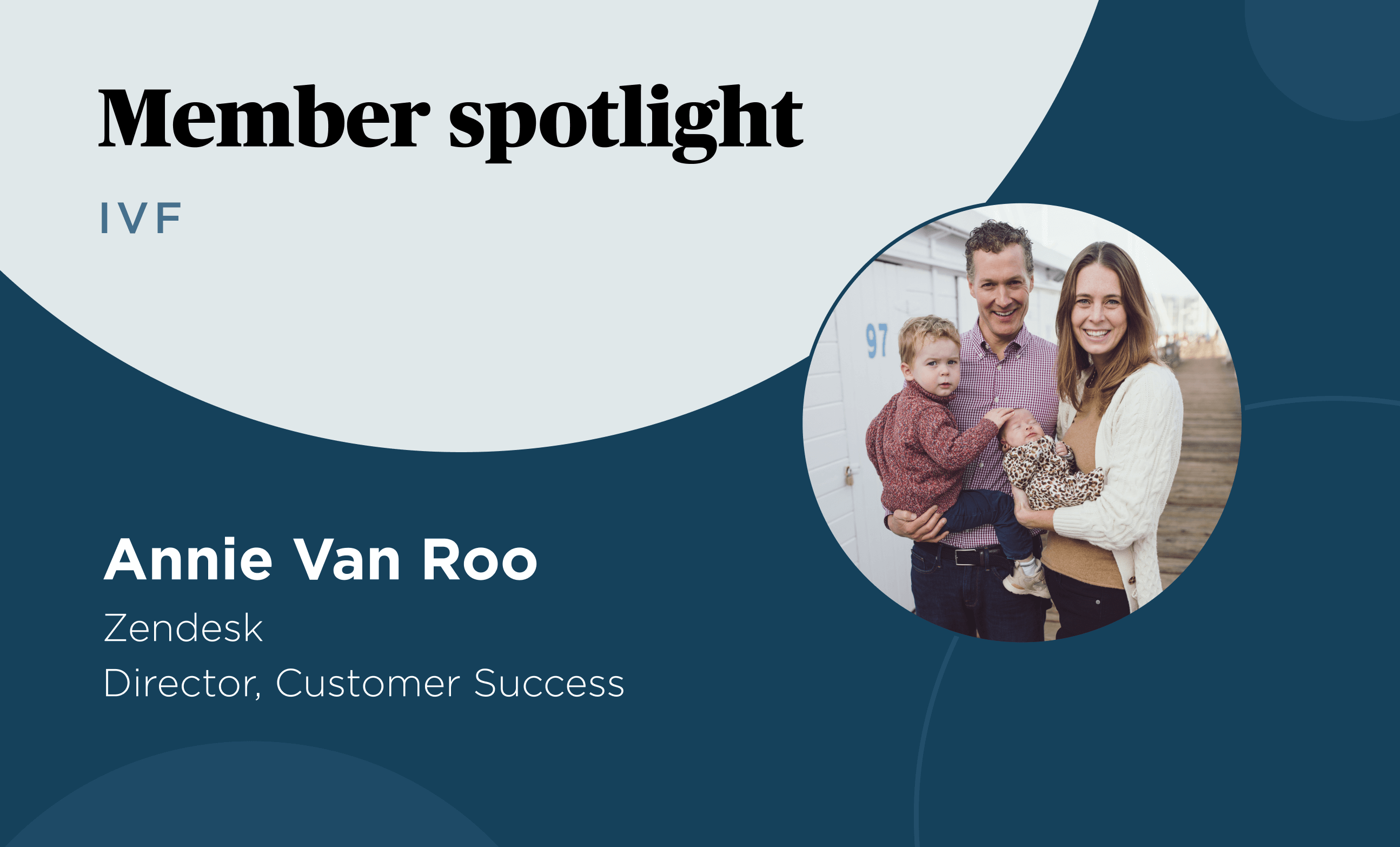 See how Carrot can transform your company
Find out how our customizable fertility solutions can help your plan, your groups, and your members.
Get Started 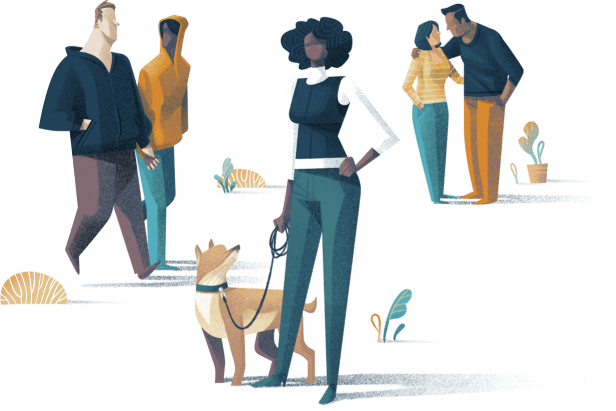